I’ll cut to the chase, this mascara is everything I’ve ever wanted and more- I’ll let the pictures below do the talking! My friend recommended this to me and I needed a new mascara so I rushed to Superdrug where picked this up for £9.99.

First lets talk about the brush. This brush is unlike anything I’ve seen before. It’s a plastic wand which is quite thin and straight. It has two layers of “bristles” on it. One layer of straight spikey bristles which separate your lashes and prevents clumping and a second layer with spherical balls on the end which coat the lashes adding 360 degree volume and curl.

Can ya see the ballz!?

The formula for this mascara is quite wet which I prefer because it allows you some time to play time with your lashes. It also allows you to apply two coats with no clumps, which is great because I HATE spidery lashes with a passion. The colour is a true jet black and doesn’t dry to that matte black which some mascaras do.

The amazing brush and awesome formula results in thick, fanned out lashes. I already have long lashes so don’t need lengthening but this adds a curl to my lashes which held OK during the day. My lashes still feel soft to touch when I wear this mascara.

I have very oily lids to the point where most waterproof mascaras smudge on me but this didn’t budge over a period of 12 hours. I even walked through the rain! In terms of removal, it peels off the lashes nicely with an oil-based make-up remover/wipe (no smudging) or a few minutes in a hot shower will allow you to gently peel this off your lashes.

I’ve never had a mascara reach holy grail status but all changed with this product. If you have long lashes but need some volume, separation and curl go try it, I promise you won’t be disappointed.

I went to Superdrug today for one item and well …this happened LOL. I found a couple of cool make-up things that I’m excited to try.

1) MUA Pro Palette Elysium £6.00. This palette has a nice mix of matte and shimmery eyeshadows leaning towards the pinker side. It also comes with a double ended eyeliner/highlighter pencil. I’m really excited to try this palette to create some girly spring looks. If you like Urban Decay Naked Palette 3 then this might be a nice dupe.

2) MUA Eyeshadow Palette Heaven And Earth £4.00. This is also a nice neutral shimmer palette again fantastic for the daytime. There’s lots of pretty golds in here which would look really nice in the sunshine ^_^

3) Maybelline Colorstay Stripped Nude Lipstick 728 Honey Beige £6.99. I got this lipstick as I actually don’t own any nudes in my collection. It’s a nice brown-nude with a satin finish.

4) Bourjois Volume 1 Seconde Waterproof mascara £9.99. I need a new mascara and I got this after a recommendation from a friend who said it was amazing. Will probably do a full review later.

5) Maybelline Eraser Eye Concealer Nude £7.99. This concealer gets a lot of love online, I’m interested to see if it performs better than the Maybelline Fit Me concealer, I will probably do a full review on this too.

6) Sleek MakeUp Brow Perfector DARK BROWN £4.99. This is my first eyebrow gel ever! I’m intrigued to see what kind of a difference this makes to my eyebrows.

I didn’t go too wild at the drugstore today thankfully, I’m so broke now it’s unreal (come on payday!!!)

What products have you been buying at the drugstore recently? Comment below and let me know!

There’s a lot of beauty related items that I really want at the moment but creating a wishlist really allows you to visualise and differentiate between what you want and what you need. I’ve managed to whittle my wishlist down to 10 things I want to buy in the next few weeks.

From left to right

3) Narciso Rodriguez For Her EDT

Whats on your beauty wishlist? Comment below and let me know. 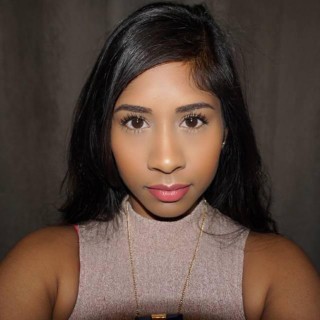 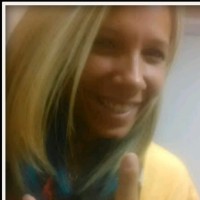 Beauty and the Ballroom
The WordPress.com Blog
mycupofdreamsbymy.wordpress.com/
LIFE OF LEARY
Pixie On Fleek